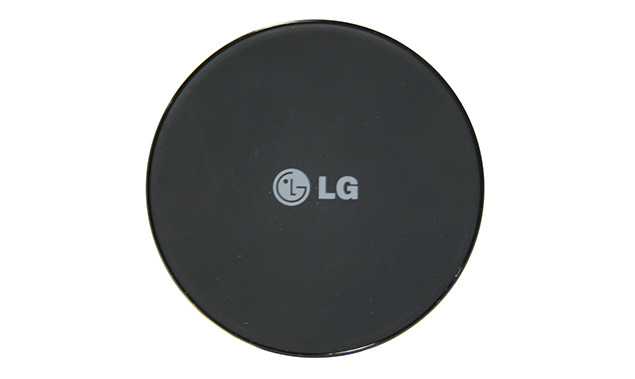 Is it a dinky vinyl record? It is a black mug coaster? No! It’s LG’ new WCP-300 wireless charging pad, said to be the smallest in the world.

Revealed at MWC 2013, the charging pad measures just 6.9cm in diameter and has been Qi certified by the Wireless Power Consortium, making it good to go for all your Nexus 4 and Lumia 920 wireless charging needs, amongst other compatible handsets.

“With the WCP-300, LG was able to deliver both portability with top-class charging capabilities in a device no larger than a typical beverage coaster.” said Dr. Jong-seok Park, President and CEO of LG Electronics Mobile Communications Company.

Using a standard 5-pin micro USB connection to push power to the pad, it’s the first move in LG’s long-term goal to have a stronger wireless smartphone range in the near future.

Considering LG’s mobile presence at MWC 2013 has all been about big screen phones (here’s looking at you Mr 5.5-inch LG Optimus G Pro) we have to wonder why they’ve gone for such a tiny charging pad. Sure, it may grab headlines, but with phones getting bigger and bigger, they may actually slip off of a smaller wireless charging pad.