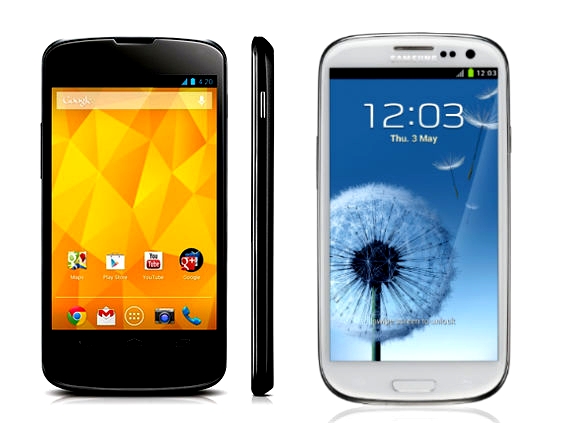 Google, makers of the Android mobile operating system, and Samsung, makers of the most successful Android smartphone range with their Galaxy line. You’d think the two would be best buddies, each helping to fill the coffers of the other. But in reality, it seems the two companies are becoming increasingly cautious of the other.

A report from the Wall Street Journal and highlighted by The Verge suggests that Google is beginning to fear that Samsung’s mobile might could eventually make them a competitor, not a partner.

The WSJ points to a meeting held in 2012 in which Andy Rubin, head of Android, on one hand praised Samsung’s success on the platform, but also warned that Google may find itself on the back foot if Samsung’s Android popularity continued to grow unrivalled.

With Samsung accounting for 39.6% of the global smartphone market and the majority of that made up from Android sales, Rubin is said to have cautioned that Samsung may soon feel themselves in a position to make increasingly difficult demands from Google. This could be in the shape of feature exclusivity, with Samsung’s smartphone popularity growing to such a point that they could threaten to launch a custom operating system that borrows heavily from Google’s own, in much the same way that Amazon did with their Kindle Fire line.

As it stands, even Samsung’s closest Android competitor HTC is flailing.

Google’s defence? The purchase of Motorola Mobility, an asset that Rubin called a hedge against Samsung’s growing popularity. With it, Google may be able to make their Nexus line the most highly sought after Android devices. The Nexus 4 set the ball rolling well in this direction, while the rumoured X Phone could capitalise on that momentum, improving Google’s position against Samsung.