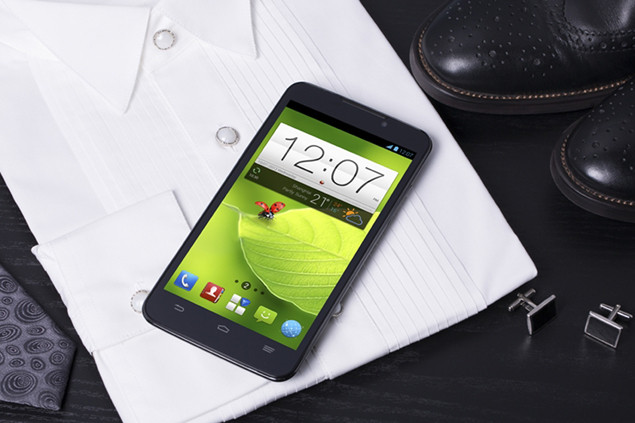 First Asus and the 7-inch Fonepad, and now ZTE with the 5.7-inch ZTE Grand Memo. It’s almost as if mobile manufacturers are compensating for something with these oversized handsets, amirite?

Taking on the Galaxy Note II in terms of size, it’s a shame then that the ZTE Grand Memo is only packing in middling display. Unlike its stablemate the ZTE Grand S which launched back at CES 2013, the Grand Memo drops the 1080p display in favour of a lower-res 720p screen. On a 5.7-inch screen that’s a 258ppi pixel density.

Measuring 159.9 x 82.6 x 8.5mm, it’s slimline build should still slide comfortably in a pocket, while a 1.7GHz quad-core processor and 2GB of RAM should see the Grand Memo burn through any tasks that Android Jelly Bean 4.1 can throw at it.

Other features include LTE connectivity, DLNA support, clear HD Voice calling with supported networks and a 13MP rear camera. A sizeable 3200mAh battery should see the Grand Memo survive a day’s usage comfortable too, despite its whopping screen.

“The ZTE Grand Memo’s large, high definition screen makes it perfect for media and entertainment, but its uses reach far beyond that,” said Mr. He Shiyou, ZTE EVP and Head of the Mobile Devices Division.

“With ZTE’s custom Mifavor UI, a powerful processor, and LTE connectivity, this device offers users a wide array of benefits that go well beyond the capabilities of the typical handset.”

No word on pricing or availability yet, but we’ll keep you posted.