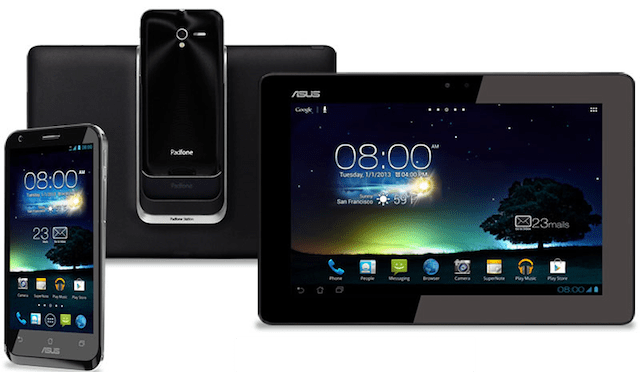 Asus’s mad phone/tablet hybrid, the Asus Padfone 2, has been confirmed for a 1 March UK release, with pre-orders opening at £599.

The second generation of the tablet-docking smartphone was first announced back in October, and will be the first Padfone device to hit UK stores.

The Padfone 2 is comprised of two parts, a 4.7 inch smartphone and a 10.1 inch tablet dock.

The smartphone portion has a 550 nit 720p screen with a quad-core Qualcomm Snapdragon S4 Pro 1.5GHz processor and 2GB RAM. Android 4.1 Jelly Bean is the operating system in use, while the phone also houses 32GB of storage space and a 13MP rear camera.

The Padfone Station tablet dock turns the smartphone into a makeshift battery. Pop the smartphone in the slot on the Station’s rear and it fires up a 10.1-inch 1280×800 screen, as well as offering a further 3x as much battery life. When docked together the pair weigh 649g – a little bit on the weighty side for a standalone tablet, but perfectly portable all the same.

Definitely one to check out if you don’t fancy having to carry around two separate devices with you at all times.