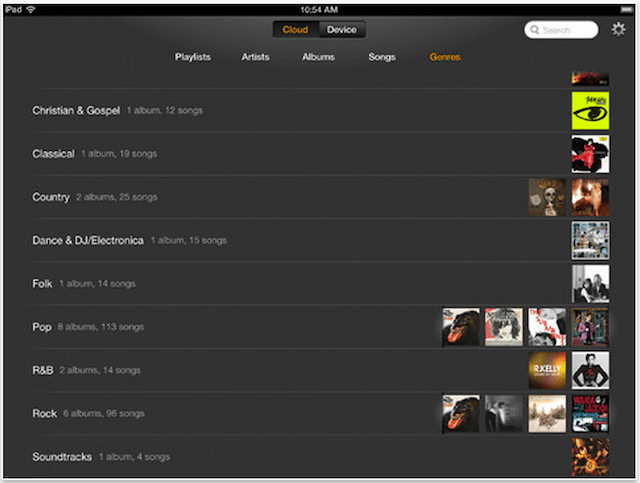 Better accomodating the extra space afforded to Apple’s tablet devices, the app allows users to access music stored on Amazon’s cloud service, including both tracks uploaded from a personal library and those bought through Amazon’s stores.

Tracks can be both streamed or downloaded to local storage, giving unlimited free cloud storage space to tracks purchased directly from Amazon’s own AmazonMP3 store. However, if you’re looking to upload your personally ripped CDs or downloads bought from another service you’ll be limited to just 250 uploads and less you cough up for the £21.99 a year, 250,000 track premium version.

“Our goal is to make Cloud Player the most widely compatible cloud playback solution available, giving our customers the ability to buy their music once and enjoy it everywhere,” said Steve Boom, VP of digital music for Amazon.

Steve Bernstein, director, EU Digital for Amazon, added: “With Amazon Cloud Player for iPad, we’re excited to bring our UK customers another great way to access their music when and where they want it.”

Amazon Cloud Player went live in the UK back in September 2012 following a successful US launch. Despite rivalling Apple’s own iTunes Match and iCloud services, it made its way in app form to the App Store for iPods and iPhones last summer. Thankfully, the frustrating wait for an iPad version is now over.