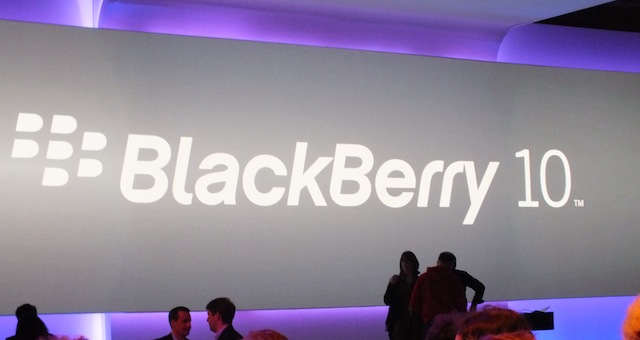 After a year-long wait, RIM have finally officially launched their BlackBerry 10 operating system, renaming themselves as simply ‘BlackBerry‘ in the process. A bold approach, the re-launch represents the company’s big smartphone hopes following years of decline in the face of Apple’s iOS and Google’s Android smartphone dominance.

Hosting simultaneous worldwide launch events in locations including London, Toronto, Paris, Johannesburg, New York and Dubai, the Canadian handset manufacturer was in boisterous spirits as they sang the praises of their “re-designed, re-engineered, re-invented ” mobile software.

A touch gesture-based OS with full multitasking capabilities and multiple profiles letting you switch between business and personal modes, the newly christened BlackBerry look to be courting both their enterprise and consumer customers with a single platform.

“We have definitely been on a journey of transformation” said CEO Thorsten Heins.

“It’s been the most challenging year of my career to date, but also the most exhilarating. This is one of the biggest launches in our industry, but today is not the finish line – we’re just getting started. Today represents a new day in the history of BlackBerry.”

“Hyper-connected socially” Heins described BB10 as a platform for those looking for true multitasking, without being tied to a home button, with BB10 acting as a gateway to a personal “internet of things”. BB10 will be able to connect with networked home devices, cars, even medical devices, the CEO claimed.

“With the pace of our industry we knew we had to move our platform forward and innovate,” said Kristian Tear, Chief Operating Officer.

“BlackBerry 10 will shake the industry in the same way that the original BlackBerry did a decade ago. This is not just another handset, but a brand new platform that has been re-designed, re-engineered and re-invented.”

Will it be enough to rock Android and iPhone dominance at the top of the smartphone pile? It’s too early to say. While the software looks sleek, and the hardware lustworthy, it’s difficult to say at this point whether BB10 offers enough unique features to best its established rivals. With many tech fans now having bought in to the Android and iOS ecosystems, it may prove difficult for BlackBerry to court new custom, or reclaim lapsed fans. But the showcase so far has been a positive one, and the pre-launch reception so far similarly favourable.