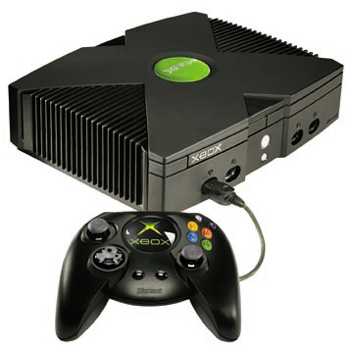 Update
It’s been revealed that today’s X-Surface Xbox 720 news is in fact a hoax. The tip given to Pocket-Lint was a ruse by someone now going by the name ‘X-Surface’, outlining his reasoning in this Tumblr post. Indeed, while it’s easy to get excited by the prospect of upcoming technology (and we’re always looking to share news stories we find exciting with you), anonymous tips have to be approached with trepidation, as we stated in the original post. Even worse is the fact that the X-Surface isn’t a real thing, as it sounded pretty awesome! We apologise. The original post follows in full.

It may be time to scrap the Xbox 720 off your Christmas wish-list. Well, at least the “720” part anyway. An anonymous tipster has told Pocket-Lint that the next-gen console will simply be called the “Xbox”, returning to the name of the 11 year old console that kicked off Microsoft’s console brand.

The source also revealed that the console will act as a hub for other devices as much as it will be a traditional home gaming experience, hooking up to a 7-inch gaming tablet called the X-Surface.

Neither a Windows 8 nor Windows RT tablet (though sharing similar design conventions) the X-Surface is said to be a standalone portable gaming system capable of accessing the Xbox’s games, music and video hubs, though will not have an app store of its own. In terms of power, the source claims to have “witnessed Unreal Engine 3 demos running at a solid 60fps” on the device, stating that a proprietary 2.4GHz wireless protocol will also facilitate compatibility with existing Xbox 360 controllers and forthcoming controller devices.

Moving on to the Xbox itself, the source describes an 8-core CPU running at 1.9GHz per-core, with an 800MHz GPU. The new Xbox’s OS will have a similar tile-style interface to that of Windows 8, requiring two cores to run in order to offer true multi-tasking abilities, such as being able to take screengrabs and save them to SkyDrive and run video-calling in-game (with the user setting which corner of the screen the feed will run in).

Lastly, the gamepad. While the source hadn’t seen the controller, he or she noted that two different teams have been working on designs for the pad, and that as testing has been carried out with Xbox 360 controllers, will likely follow a similar design style to what is currently available for the Xbox 360.

Interesting stuff! While anonymous sources are always a bit fishy, there’s nothing beyond the realms of possibility here, and much that already rings true when lined up against claims from verified sources. Still no word on a release date yet, but the next-gen console race sure is beginning to hot up now.