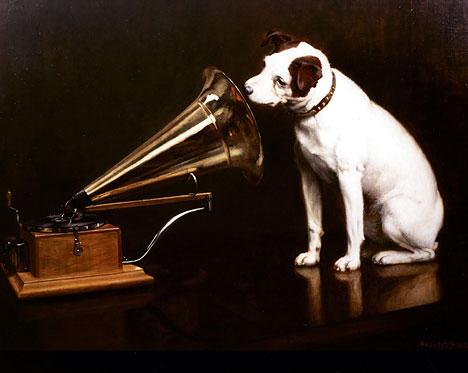 HMV is to go into administration, with 239 stores now facing closure and over 4,000 staff members facing unemployment.

Following the closure of Jessops last week, HMV (an abbreviation of His Master’s Voice), has struggled to match the strong competition of online stores, as well as cut price CDs and DVDs in supermarkets. Even a recent shift towards technology and hardware has failed to keep the chain above water.

In the past, HMV has defended against financially difficulties by selling off assets including the Hammersmith Apollo venue and Waterstones book chain, but the future is looking very bleak now, having issued a warning that it might breach bank loan agreements in December.

As the last major high street music shop, it’s thought that the major record labels (hoping to maintain a presence on the high street) may lend a helping hand, and that restructuring to fewer, smaller stores could also save the brand.

HMV was first opened by Sir Edward Elgar in 1921, with the first store opening on Oxford Street in London.

The following statement has been released to Music Week:

“On 13 December 2012, [HMV] announced that as a result of current market trading conditions, the Company faced material uncertainties and that it was probable that the Group would not comply with its banking covenants at the end of January 2013. The Company also stated that it was in discussions with its banks.

“Since that date, the Company has continued the discussions with its banks and other key stakeholders to remedy the imminent covenant breach. However, the Board regrets to announce that it has been unable to reach a position where it feels able to continue to trade outside of insolvency protection, and in the circumstances therefore intends to file notice to appoint administrators to the Company and certain of its subsidiaries with immediate effect.

“The Directors of the Company understand that it is the intention of the administrators, once appointed, to continue to trade whilst they seek a purchaser for the business.

“It is proposed that Nick Edwards, Neville Kahn and Rob Harding, partners of Deloitte LLP, will be appointed as the administrators of the Company and certain of its subsidiaries.

“The Company’s ordinary shares will be suspended from trading on the London Stock Exchange with immediate effect.”