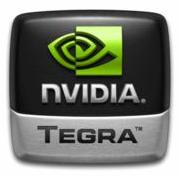 Nvidia have officially revealed their Tegra 4 mobile chipset, which they claim is the fastest mobile chip in the world.

Suffering plenty of leaks in the run-up to CES 2013, we already knew quite a lot about the Tegra 4, but it’s good to get confirmation of the chipset’s impressive specs: said to be faster than even the speedy iPad 4 and its A6X chip, the Tegra 4 houses 72 GPU cores, 4 A15 CPE cores and has an onboard 4G LTE chip.

The Tegra 4 also has a new computational photography engine which Nvidia says will drastically speed up mobile photo snapping and picture processing. Slower tasks like HDR photography should be significantly faster, and as the technology is hardware rather than software based, it’ll let you even add HDR modes to the likes of Instagram.

No word yet on which devices will get the Tegra 4 first, but we’d be surprised if a tablet, smartphone or two didn’t pop up before the end of CES 2013 week.