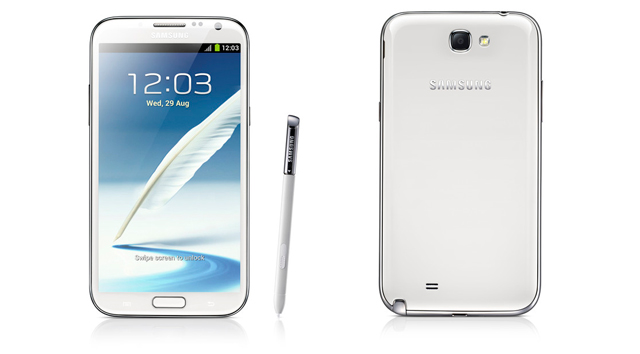 Someone may well have to take Samsung to one side, sit them down and have a nice long, calming chat with them if the latest rumours surrounding the Galaxy Note 3 smartphone are to be believed. The over-sized, stylus packing mobile device may be getting even bigger in its next iteration, jumping up to a frankly ridiculous 6.3-inches in size.

We weren’t totally sold on the giant 5.3 inch size of the original, let alone the 5.5-inch Galaxy Note 2. Strong sales of both devices proved our concerns to be ill-founded, but 6.3 inches? There’s no way you can justify calling that a smartphone anymore, coming in just a shade under the 7-inch “mini tablet” standard.

However, it’s quite possible that this will not be a smartphone release. Conflicting reports are suggesting that this may be a “Mini” version of the Samsung Galaxy Note 10.1, a smaller take on Samsung’s pen-packing dedicated tablet device. That would make slightly more sense, though Samsung’s already-busy Galaxy Note branding will become far more confusing if this is indeed the case.

Few other specs on the as-yet unconfirmed device are known, though it’s expected the phone will use OLED display technology, with Samsung slowing down LCD production in favour OLED tech in an attempt to differentiate themselves in a crowded smartphone and home cinema market.