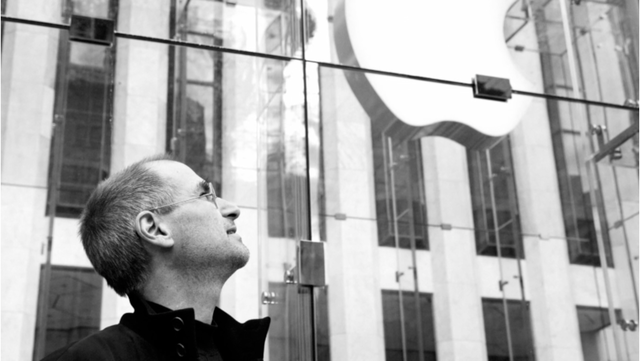 Today marks one year since the passing of Apple maestro, Steve Jobs.

The tech legend brought many revolutionary products to market during his time with the company, including the iPod, iPhone, iPad, MacBook Air and the Apple I, as well as helping in the initial funding and formation of the Pixar animation house, responsible for classics like Toy Story and Finding Nemo.

Jobs suffered from ill health in later life, battling for many years against the pancreatic cancer which eventually led to the metastatic tumour that killed him.

In memory of their iconic, turtle-neck wearing, bespectacled leader, Apple have given over the entire landing page of Apple.com to a video tribute to Jobs, highlighting his greatest successes.

The video concludes with a message from Tim Cook, who succeeded Jobs as Apple’s CEO following his final bout of ill health:

“Steve’s passing, one year ago today was a sad and difficult time for all of us. I hope that today everyone will reflect on his extraordinary life and the many ways he made the world a better place.

One of the greatest gifts Steve gave to the world is Apple. No company has ever inspired such creativity or set such high standards for itself. Our values originated from Steve and his spirit will forever be the foundation of Apple. We share the great privilege and responsibility of carrying his legacy into the future.”

View the tribute by clicking here.