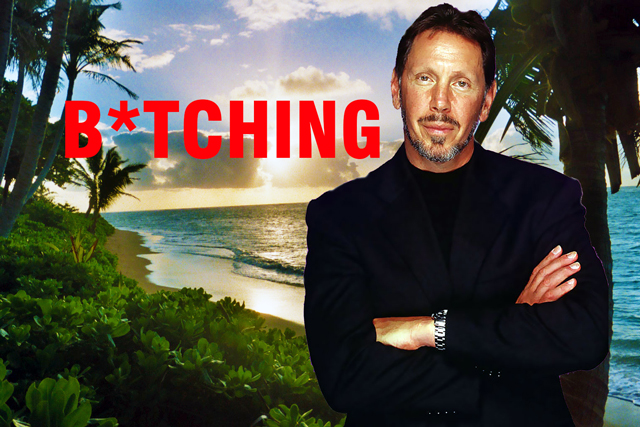 What do you do when you’re one of the ten richest people in technology? You buy an island of course! Duh!

That’s what Oracle CEO Larry Ellison has just gone and done. He’s just bought the Hawaiian island of Lanai. Well, 98% of it to be precise, but who’s counting when that majority equates to a 141 square mile slice of paradise?

Estimated to have cost him somewhere between $500 million and $600 million of Ellison’s $36 billion fortune, the software giant has nabbed it from former owner David Murdoch, who had owned the land since 1985 but had been losing between $18 and $25 million a year as a result.

Ellison’s purchase will likely irk one other notable tech luminary in particular: Bill Gates. The Microsoft founder is thought to have been in a bidding war with Ellison, with Gates having previously rented out the entire island in 1994 for his wedding.