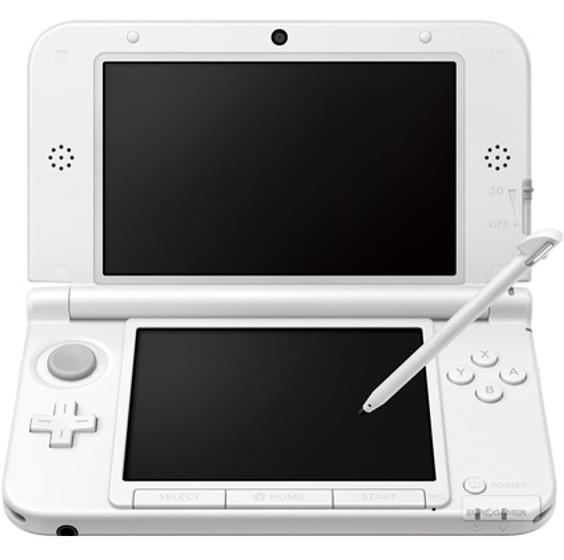 Nintendo have used their Nintendo Direct Conference to reveal a brand new version of their 3DS handheld. Just like the revised DS handhelds, the Nintendo 3DS XL will be significantly bigger than its predecessor, but also boast extended battery life.

Measuring 93mm x width 156mm x 22mm overall when closed, the 3DS XL also houses a 4GB SD card, twice the size of that found in the original 3DS. Red, Blue and Silver shades will be available to buy at launch. 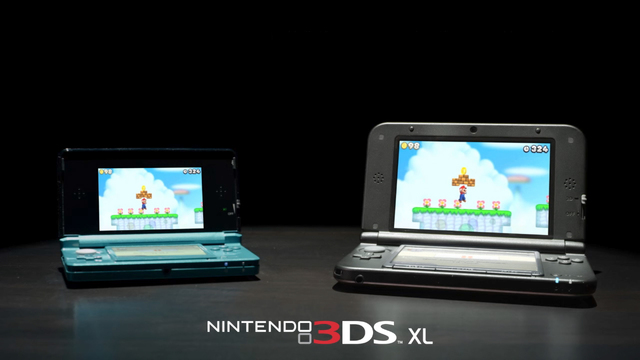 However, there are a few omissions that seem incredibly cynical on Nintendo’s behalf. Firstly, the 3DS XL will not come packaged with a charger. You’ll have to buy that separately, which may be fine for those who already have a compatible 3DS, DSi, and DS XL AC adapters, but first time buyers will have to shell out straight away for something that should come included as standard.

Secondly, there’s no second Circle Pad analogue stick, something sorely missing from the original design, and only later rectified by a clumsy add-on accessory. Nintendo could have righted that wrong here, but now those looking to play Monster Hunter and Metal Gear Solid: Snake Eater 3D on the 3DS XL will have to hold out for a modified version of the Circle Pad Pro accessory.

The 3DS XL touches down in Europe on July 28th, followed by an American and Japanese release on August 19th. No pricing information is available yet for the UK, but US readers can expect to pay $199.99, equal to £128.