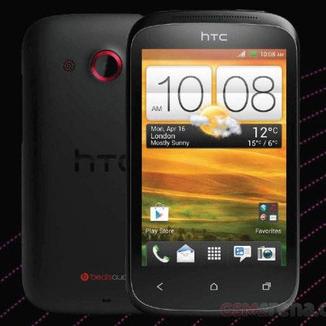 What appears to be an official spec sheet and an image of the final build of the HTC Desire C Android smartphone have appeared online. And, as previously reported, it looks to be a budget friendly offering from the Taiwanese handset manufacturers.

Also rumoured to be called the HTC Golf and Wildfire C, the latest image and details on the phone appeared in a Portuguese Vodafone catalogue for May, giving added credibility to what follows.

Appearing in the May catalogue in Portugal, we’d expect a launch fairly imminently for the phone, just as our sources suggested.