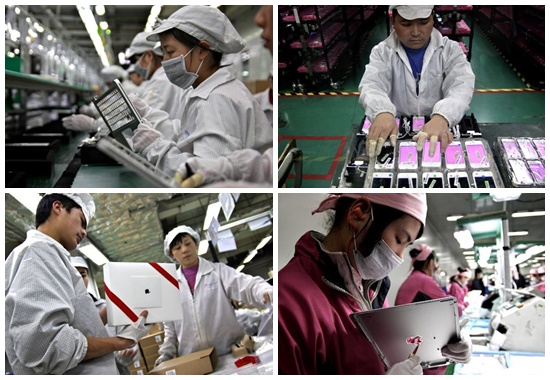 Foxconn, the controversial Chinese electronics factory responsible for the manufacturing of the iPad, iPhone, Kindle, Wii and Xbox 360 amongst other high tech gadgetry, is said to be doubling the salaries of its workers as of next year.

Production line staff would see their pay jump from the current 2,200 yuan (US$346) up to 4,400 yuan (US$693) per month. The rumours come from an alleged speech CEO Terry Gou gave at the company’s new Shanghai headquarters groundbreaking ceremony.

It wouldn’t be the first time Foxconn workers received large pay increases. Foxconn almost doubled its China base salary in 2010 from 1,200 yuan to 2,000 yuan. That was in response to a spate of worker suicides, and with Foxconn working conditions under ever-closer scrutiny thanks to the popularity of the products it produces, this latest move is likely to appease international media detractors as much as improve the lives of the factory’s live-in workers.

It’s also likely to be a disruptive move for other key factories in China, who may struggle to retain workers in the light of Foxconn’s pay increas.