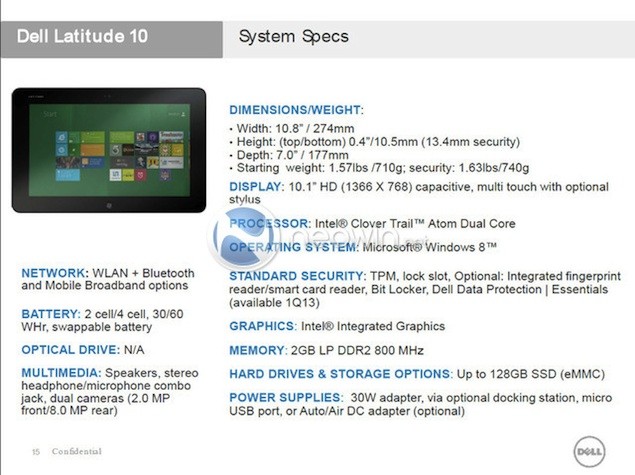 Called the Dell Latitude, it looks set to pack a 10.1 inch display at a 1366×768, running off an Intel Clover Trail Atom dual-core processor.

The 10.5mm thick device will also feature an SSD drive in configurations as large as 128GB, as well as using integrated Intel Graphics backed by 2GB of RAM.

Batteries will be hot-swappable in the tablet, and available in two variants, a 30 WHr one that will offer between 6 and 8 hours of juice, and a 60 WHr version giving life to your tablet for between 10 and 12 hours.

No launch date has been given, but with Windows 8 expected to launch in the late Autumn, a Christmas release would be a safe bet.