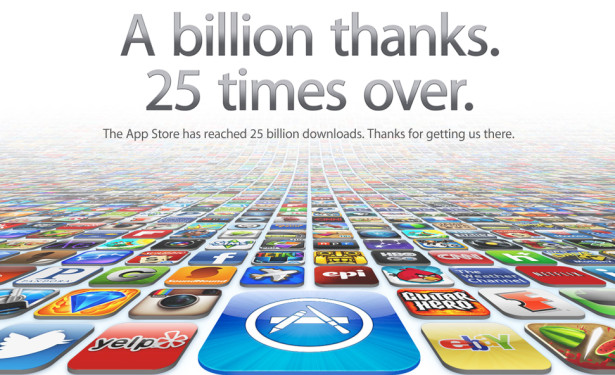 Apple have announced that their App Store for iPad, iPod touch and iPhone has seen its download tally hit the 25 billion apps mark, just eight short months after it hit the 15 billion mark.

It had taken Apple two and a half years to hit the 10 billion mark, but the exponential growth of sales in and familiarity with apps has seen the store race to this new landmark. It means that between July of last year and this new 25 billion figure, Apple’s iOS users were collectively downloading around 40 million apps per day.

Anyone who downloaded an app during this race to the 25 billionth app download is also in line for the chance to win $10,000 worth of Apple store credit. Apple will be announcing the winner shortly.