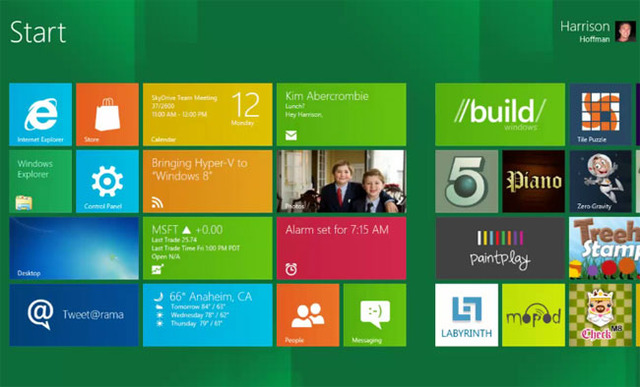 Microsoft have released the Consumer Preview build of their much-anticipated Windows 8 operating system, and you can try it out now for free.

Microsoft’s president of Windows Steve Sinofsky told crowds collected at Mobile World Congress today that the OS will be a “a bold re-imagining of Windows”, designed as “a unified operating experience” across tablets, PCs and smartphones.

Making more profound use of touch controls than any previous Windows build, and with the Metro UI borrowing heavily from the Windows Phone 7 tile-based interface, there are said to be 100,000 code changes made since the release of the initial Developer Preview build.

Click here to grab the preview build directly from Microsoft.

Both 32-bit and 64-bit versions of the new OS are available in five languages: English, Chinese, French, German, and Japanese. Minimum specs state that you’ll need at least a 1GHz processor on your test PC, 1GB of RAM, 16GB of free storage space and a graphics card compatible with DirectX 9.

The full version of Windows 8 is expected to launch late this year, likely in the month of November.

One thought on “Windows 8 Consumer Preview now available to download”