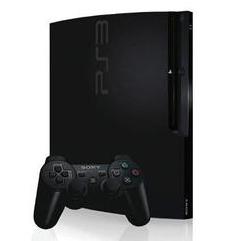 Sony’s next-generation home gaming console could abandon the use of a PS3-style proprietary Cell processor in favour of an AMD built chip.

If it proves to be true, it’s almost undoubtedly going to be good news for gamers. Firstly, the AMD chips would be cheaper than a proprietary Sony chip, driving the cost of the console down. Secondly, the AMD archeticture is already familiar to developers, meaning they could theoretically begin developing new games right now and focus on the gameplay experience rather than learning the trappings of new hardware. Lastly, ports between other systems would also be easier with an AMD chip, something that was a bit of a struggle for the PS3.

Still, with Sony yet to make any formal announcments on their next-gen home console, this remains very much a rumour. Expect to find out more come this summer’s E3 games show.

One thought on “PlayStation 4 to abandon Cell processor in favour of AMD chip?”