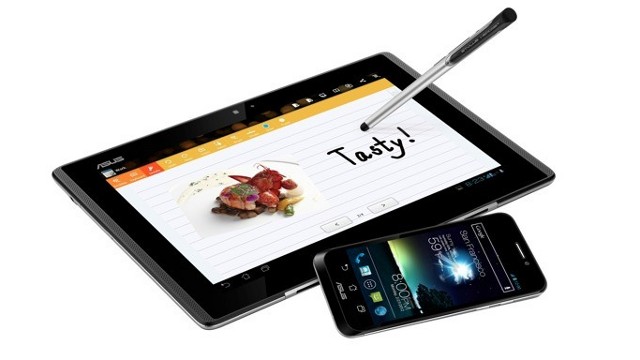 A little like the Motorola Atrix, it’s a smartphone that docks inside and powers a tablet device. That, while not a new concept, is still a fairly crazy one in our books, but things get crazier.

It doesnt just dock with the 10.1 inch tablet/screen accessory; it slips inside it, like a mini mobile parasite. The smartphone then has its interface intelligently scaled up to the larger device, boosting battery life from the tablet’s larger reserves. You then also have the option to clip on a full size keyboard, making it a kind or laptop replacement too.

If that wasn’t enough transforming action for you, the device also comes with a capacitive stylus for jotting down notes. As you’ve probably guessed, there’s a twist here too; the stylus doubles up as a sort of headset, with a mic and speaker for taking calls with when the phone is tucked away inside the tablet.

It’s mad, but we can’t pretend we don’t kind of love it. Heading out to stores in April, we’ll try to get our hands on one for a full review soon.