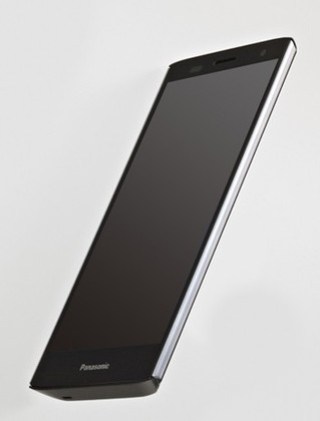 Keen to make waves in the smartphone market, Panasonic have just made an impressive showing with their Eluga Power handset at Mobile World Congress 2012.

Elsewhere onboard you’ll find an 8MP camera, a front facing camera (no details on megapixel count yet, but expect it to be probably a 1.3MP affair), NFC, 8GB of storage, and microSD support to boost storage space by 32GB.

“The ELUGA power is a real landmark for us as it redefines everything a modern smartphone should be,” said Toshiya Matsumura, General Manager, Head of Mobile Communications, Panasonic System Communications Europe.

“For too long, smartphones have either compromised on looks to embrace new features or dropped functionality in the pursuit of the perfect form. The ELUGA power marks a true turning point – delivering both high performance and high-end style.

“In developing the ELUGA power, we refused to compromise and remained ambitious. That’s how we’ve managed to deliver the convenience of a 5-inch HD screen and superfast charging, make it water and dustproof, as well as add impressive features like NFC and a 1.5GHz processor. All in a slim, pocket-friendly and stylish smartphone.”

No pricing or release details yet, but we’ll pass them on as soon as we get them.

The full specs from the press release are as follows: