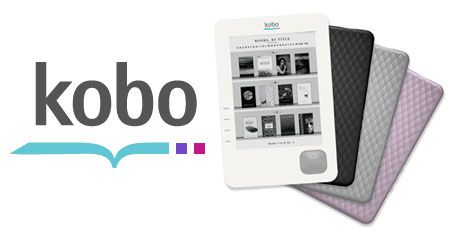 Now, we know that every now and again we announce that there’s a new Kindle killer lined-up to rock the Amazon e-reader’s dominance, but they never quite come up to scratch. Either the pricing was too high, or the tech specs too low, and the Kindle still stayed top of the ereading tables.

However, this year there may be a genuine contender to take on the Kindle. No, seriously, hear us out!

Remember the Kobo eReader that hit WH Smiths last month? It was a solid bit of kit, but at the £89.99 asking price Smiths were selling it at, who was ever going to grab it over the identically-priced Kindle?

Well, perhaps quite a few more people now, as Asda have just began stocking the Kobo W-Fi, and are shifting it for just £67. That’s a genuine steal.

Not impressed? Well just look at how it shapes up against the Kindle; it’s thin at just 10mm thick, has the same is e-ink style screen, is Wi-Fi enabled, comes pre-installed with 100 classic books and has access to a store stocked with some 3 million titles.

However, perhaps its best feature is the fact that its content is not locked to one device. Grab a Kindle, and its books are locked to Amazon’s devices and apps. Grab a Kobo and your purchases can be shared across any device of your choosing.

There’s a fair bit working in its favour, and at this price point (and with a decent marketing campaign currently running) could be a genuine worry for Amazon.