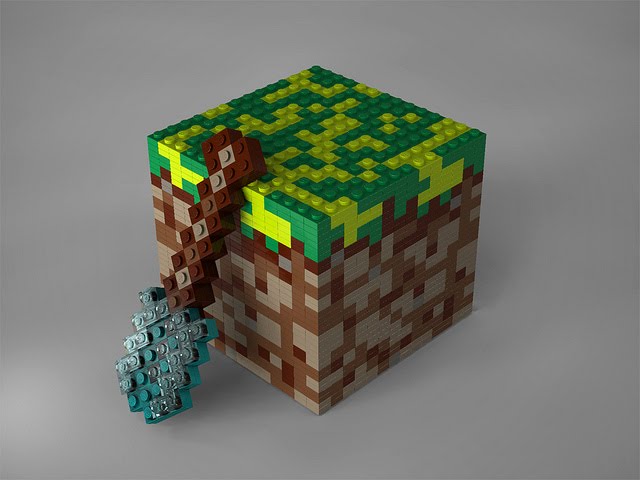 We’ve seen Creeper t-shirts, blocky foam pickaxes, we’ve even seen Post-it note cubes made to look like 8-bit stone masonry! But when it comes to Minecraft merchandise, the Holy Grail pipe dream has always been a hook-up between Minecraft and Lego.

What better partnership than one between the two building block, imagination fuelling giants of the physical and digital worlds?

That dream may soon become a reality. Minecraft have announced that they are pitching a number of Minecraft themed mini-kits under the Lego Cuusoo label.

Lego’s Cuusoo label is a little like Kickstarter for the brick-building world. User’s pitch potential Lego kit ideas to the wider Lego community and, if they reach 10,000 votes, Lego then review the idea for a possible production run.

A number of Minecraft kits have already been pitched by fans, but now Mojang (creators of the Minecraft videogame) have officially backed the work by Cuusoo members koalaexpert and suparMacho, who are now collaborating together to come up with the ultimate Minecraft Lego kit for submission.

“Seeing Lego Minecraft sets is also our dream, so we linked to one of the projects,” said a Mojang spokesperson.

“It’s clear to us that there are many creative people with good ideas for this and we want to throw our own hat into the ring and start this project to bring the best Lego Minecraft builders together. Minecraft is about placing blocks to build anything you can imagine in the virtual world. You can build anything you imagine with Lego bricks in the physical world. Minecraft and Lego were meant to be together.”