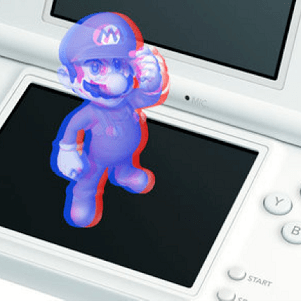 When Nintendo announced that a new update to their 3DS console’s firmeware was going to bring with it 3D video recording capabilities, Nintendo fans held little mushroom parties, high-fiving each other and pulling on their best Donkey Kong cosplay costumes in preparation for some James Cameron style movie-making shenanigans.

The update would also bring with it new levels in Street Pass Quest, and the option to transfer data between Nintendo 3DS consoles.

Well, sorry folks, looks like you’ve got some extra time to refine the script for “Super Mario 3D Land: The Movie (in 3D!)”

Due out in Japan on Novemeber 30th, the firmware update will now be landing a little later, on or before December 8th instead.

Not too much of a wait, admittedly, but for Nintendo (who have seen the 3DS console struggle to make ground) every little set-back like this is a significant one.