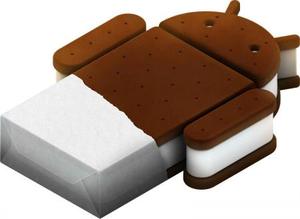 This morning HTC revealed to the world the selection of their mobile phones that would be getting the eagerly awaited Android Ice Cream Sandwich update.

It shouldn’t come as too much of a surprise that the list consisted of mainly high end HTC handsets which include the Sensation, Sensation XL, Vivid and the EVO 3G. All of these handsets are at the very top of the HTC price range at the moment and the ones due for release next month, most notably the Vivid will be joining that prestigious list.

The company however did not reveal any information on whether some of the slightly older handsets will be getting the upgrade, so there was no mention of the Desire S Incredible S or even the HTC Flyer, a tablet device favoured by many who shun the iPad. This was a huge let down for many Android enthusiasts who will be hoping they are not forced into upgrades to get their hands on the latest delicious sounding update.

The upfront improvements will make a lot of Android users happy with a slick new look including updated interfaces, and home and lock screens with a feature allowing you to unlock your phone using facial recognition, much like the Kinect.

Menus and contacts are also looking at getting a facelift alongside the notification feature of Android, which has been popular ever since it was first introduced, to the point where Apple designed a very similar feature in its IOS 5.

The camera is going to be getting a bit of an overhaul adding a panorama mode and face detection features which on some of the newer models (in particular the EVO 3D with its dual cameras capturing 3D movies and pictures) will increase the functionality.

If any operating system is going to rock the Apple boat Android is going to be the one to do it, Microsoft and Blackberry will give it their best but this is definitely a two horse race in the operating system race and with so much being offered in this latest dessert named software perhaps Android can take it in a photo finish.

For a more in depth look into the Ice Cream Sandwich check out our earlier round up by clicking here.