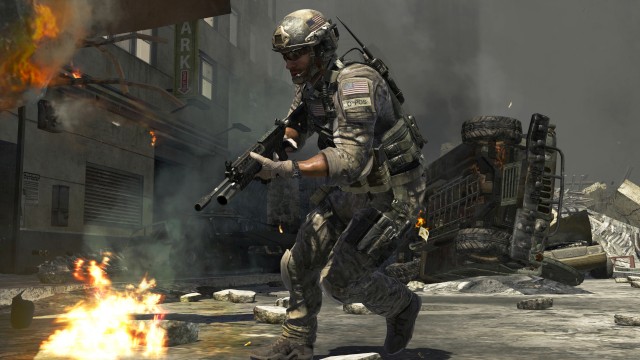 Now we all knew this game would be big but none of us could have expect it to be this big, Modern Warfare 3 sold 6.5 million copies in North America and the United Kingdom in only 24 hours. Making Activision’s wallets bulge with a staggering $400 million revenue in just one day.

These figures make it one of the largest entertainment launches to date, a number that ranks it alongside Harry Potter and the Deathly Hallows Part 2 which raked in $483 million for a world wide weekend release.

This dwarfs the release of Call of Duty Black Ops which managed to sell 5.6 million copies in 24 hours, making $360 million in North America and the United Kingdom. Again trumping the record sale set by Call of Duty Modern Warfare 2 which achieved sales of $310 million and selling 4.7 million copies in the 24 hours that every Activision investor looks forward too.

What is noteworthy as well on a day of large amount of money going into corporate hands, Activison have given something back. They have donated $3 million to the Call of Duty Endowment, a non-profit, public benefit corporation that provides job placement and training for war veterans. On top of the last donation of $2 million last year, they are giving a lot back to those who deserve it the most on the day where we remember soldiers and all their efforts.