Geologists are warning of major shortages of certain types of metals as an “inexorable demand for consumer goods” such as smartphones and laptops is meaning that gadget manufacturers are using up the resources far more quickly than they can be mined. 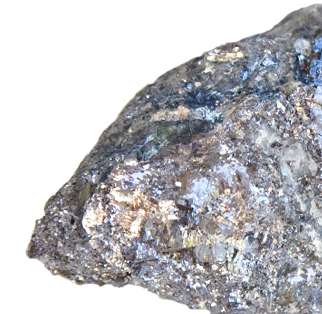 A report in the scientific journal Nature Geoscience following a meeting of leading geologists warns of bottlenecks and low reserve stocks of key resources such as copper, nickel, silver and zinc.

Dr. Gawen Jenkin of the Department of Geology, University of Leicester, and lead convenor of the Fermor Meeting of the Geological Society of London, voiced concerns:

“Mobile phones contain copper, nickel, silver and zinc, aluminium, gold, lead, manganese, palladium, platinum and tin. More than a billion people will buy a mobile in a year – so that’s quite a lot of metal. And then there’s the neodymium in your laptop, the iron in your car, the aluminium in that soft drinks can – the list goes on…

“With ever-greater use of these metals, are we running out? That was one of the questions we addressed at our meeting. It is reassuring that there’s no immediate danger of ‘peak metal’ as there’s quite a lot in the ground, still – but there will be shortages and bottlenecks of some metals like indium due to increased demand.”

Though the shortages lie in the near-future rather than the immediate present, Dr Jenkin still believes there is a pressing need for economic geologists to address the problem before it gets out of hand.

“Exploration for metal commodities is now a key skill. It’s never been a better time to become an economic geologist, working with a mining company. It’s one of the better-kept secrets of employment in a recession-hit world,” concluded Jenkin.