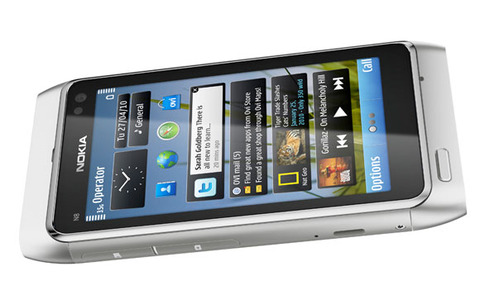 Nokia’s Q3 sales figures have just come in, and it seems the Windows Phone 7 handsets they’re working on just can’t come soon enough. The Finnish company suffered a $94 million net loss over the third quarter, with a 39% drop in smartphone sales partially to blame.

However, CEO Stephen Elop chose only to focus on the forthcoming, first fruits of the Windows Phone 7 alliance.

“I am encouraged by our progress around the first Nokia experience with Windows Phone, and we look forward to bringing the experience to consumers in select countries later this quarter. We then intend to systematically increase the number of countries and launch partners during the course of 2012,” said the Nokia head.

However, the company is preparing to go into a stage of managerial and structural repositioning in order to make the next year as lucrative as possible.

“To position Nokia for the future, we are driving fundamental changes in how we operate. In addition to the changes announced in April, in Q3 we announced plans for structural changes in manufacturing, Location & Commerce and supporting functions. The planned changes we have initiated are difficult but necessary in order to align the company to our strategy,” stated Elop.

The results, considering Nokia’s lengthy development period on the new range of WP7 handsets, come as no surprise to anyone, but only act to highlight just how desperately the once-unstoppable kings of mobiles need a stable and successful smartphone strategy. They’ve still got the feature-phone market well sewn up, but the future is undobtedly with smartphones, and with cheaper Android devices eating into Nokia’s mid and low range market share more and more these days, Nokia have to pull a new winning smartphone formula out of the bag before being left behind once and for all.