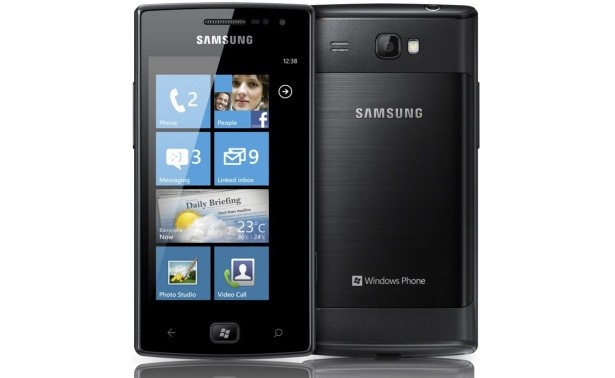 Samsung’s WP7 range gets padded out today with the official unveiling of the Omnia W Windows Phone 7.5 Mango phone. Rather than pushing the boat out as they did with the Samsung Galaxy S 2 (whose predecessor was more-or-less matched spec-for-spec by the original Omnia 7 WP7 phone) this Windows Phone 7 sequel seems to be treading water.

On the photography side of things there’s a 5MP camera with auto focus and LED flash, capable of shooing 720p video. A VGA camera is up front for video calls too.

8GB of onboard memory is included, but can be beefed up considerably if you use the 25GB of free Windows Live Skydrive storage on offer. Elsewhere, the phone is packed full of proprietary Samsung apps, including their nifty All Share DLNA app.

No word on pricing or release dates globally yet, but Italian readers can pick the phone up fron the end of October.