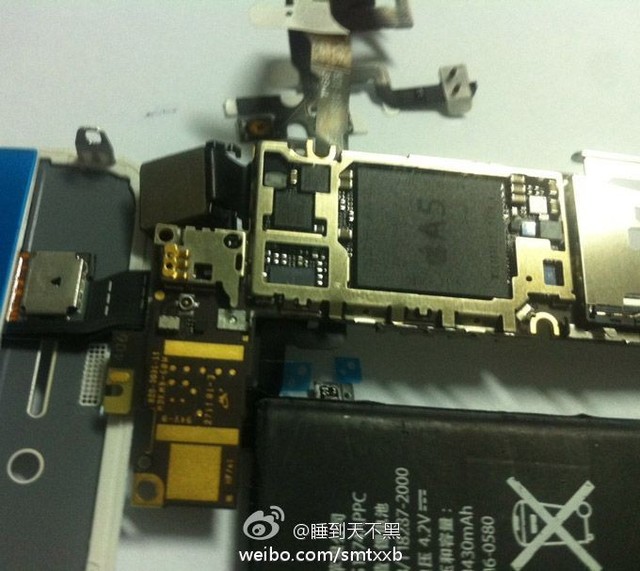 Those iPhone A5 dual-core chipset rumours are set to go into overdrive. A series of leaked shots appear to show a pre-production iPhone 5 sporting the new Apple chip ahead of its official reveal date.

Alongside the faster chipset, the images appear to reveal a larger capacity battery. Depending on the screen size, brightness and the power draw of the A5 chip, there’s a good chance the iPhone 5 may squeeze a bit more than a day’s worth of charge out then if the images proove true.

Elsewhere the image also seems to show a larger speaker grille area, potentially revealing some improvements made to loudspeaker volume and quality.

The pictures (courtesy of one “Mr Panda according to the Phone Arena source) also add to the rumours of a souped up “iPhone 4S” handset launching, with another image showing a set of white-cased components, again alongside the A5 chip.

If the images turn out to be the real deal, it makes for a very interesting move by Apple. If the processing power isn’t what separates the rumoured “budget” Apple handset from the iPhone 5, what does?