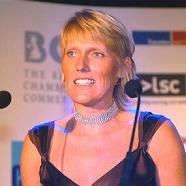 Ex top UK Microsoft executive Natalie Ayres was paid over £1million after the computing giant was felt to have unfairly passed her over for the company’s highest UK position.

Ayres, who has since left the company, had been with Microsoft for 15 years, rising through the ranks to the senior position of general manager of its Small-Medium Enterprises and Partners Group.

She had been expected to take over from Alistair Baker as Microsoft UK managing director in 2006, but was passed over in favour of Microsoft South Africa general manager Gordon Frazer.

It’s now been revealed that Frazer was offered the job even before Ayres’ interview process had been completed, sparking complaints that there is a “glass ceiling” for women at the company, with management preventing females from being offered top roles.

“They do not follow procedure enough and if your face doesn’t fit, you suffer,” a source told the Metro newspaper.

“It’s a boys’ club. The only way to progress beyond a certain point is to become a male in female clothing.”