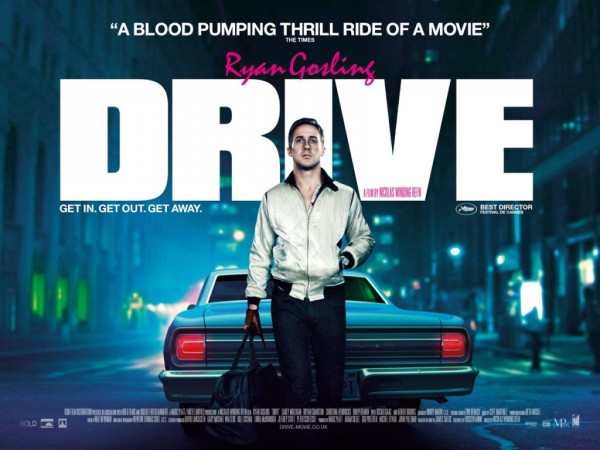 Every couple of months, rumours of an impending videogame-to-movie adaptation of the Grand Theft Auto series rears its head. And with good reason; taking their cues from iconic gangster flicks from the silver screen, RockStar Game’s infamous crime sims have become very cinematic (particularly Grand Theft Auto 4), and as much about weaving a deep and considered morality-challenging story as they are indulging our desires to drive fast and blast guns.

I for one had eagerly been awaiting news of an almost inevitable GTA film.

But I wont be any more. Last night I saw Drive, the latest movie from Nicolas Winding Refn. Full of car chases, heists, gangsters, neon lights and nail-biting tension, it’s everything a great Grand Theft Auto film could be and should be. It’s so good as to warrant any GTA movie-pipe-dreams wholly irrelevant. It ticks all the boxes. Here’s why:

Drive centres around Ryan Gosling as a nameless, Hollywood stunt driver. He’s the best in the business, and makes a fair bit of cash on the side moonlighting as a wheelman for robberies. Just like GTA IV’s Niko Belic, he’s as cool as ice and doesn’t flinch when forced into a dangerous, potentially violent situation. However, just like Niko, Gosling’s driver is also a complex man whose slow-burning romance with his vulnerable neighbour Irene (played by Carey Mulligan) force him into an abyss of underworld trouble. Despite both characters’ dubious actions, we cant help but sympathise with Niko and the driver.

2) Both are effortlessly stylish and cool

We all know that a life of crime doesn’t pay, and both GTA and Drive go a long way towards cementing how destructive a lifestyle it can be. That doesn’t stop it from being alluring though, and both GTA and Drive know this too. From Gosling’s monosyllabic phrasing to his trend-setting wardrobe, the tooth-pick chewing driver cuts a very James Dean-style figure. Likewise the LA setting, sports cars, neon lights and 80’s synth-inspired soundtrack handpicks all the greatest excesses of cult gangster flicks. GTA over the years has likewise styled itself as the premier “cool” game, always highlighting the hippest artists on its soundtrack, tipping its cap to the best gangster cinema has to offer and always oozing a “dont give a f*ck” attitude.

3) Both have smoking-hot cars

I’m not much of a car man, truth be told. But even I can appreciate the sleek lines of a Chevy or a Mustang, as seen in Drive. Though it doesn’t have real world cars, Grand Theft Auto is, as its title suggests, all about storming down the highway in a stolen sports car. If you like the sound of a revving supercar engine, both Drive and GTA will be right up your street.

4)The soundtracks for GTA and Drive are so, so good

The quality of the Grand Theft Auto series soundtracks are well documented. From Blondie to Michael Jackson in Vice City, to Les Savy Fav and Justice in GTA IV, RockStar have their finger on the pulse not only in terms of songs that get the blood pumping when speeding down the highway, but also those that perfectly evoke the feelings of the setting and era that the games are trying to recreate. Drive, though set in the present day, is clearly inspired by 1980s aesthetics, and the soundtrack likewise reflects this to stunning effect. Tracks by College, Desire and Kavinsky add a hauntingly icy accompaniment to the shocking events on screen, every bit as memorable as the footage they support.

5) Both are shockingly, but fittingly, violent

Whether you sit on the side of the fence that brands GTA excessively violent, or the side that sees it as a fitting representation not only of the dangers of the underworld lifestyle but also clearly inspired by the gritty Goodfellas and Godfather flicks, there’s no denying the series has spilled a fair bit of blood. Likewise, Drive is punctuated by a few scenes of intense violence. Like, REALLY intense. However, in both GTAs story missions and the plot and characterisation of Drive, it never feels out of place considering the unique pressures the characters are put under.

This list could go on and on, but at the end of the day, I just wanted to highlight how great a film Drive is, and how much fans of the Grand Theft Auto series will enjoy it. The fact that GTA has become so massively popular means that any potential movie probably couldn’t indulge the same art-house tendencies that Nicolas Winding Refn’s film does, which is a crying shame as the genuinely beautiful moments in Drive make its bloodier scenes all the more harrowing. Any GTA film would now undoubtedly become a dumb exercise in “The Fast and The Furious” style car porn.

Head down to your local multiplex and catch Drive if you can; I defy you not to go home afterwards and immediately want to go for a spin around Vice or Liberty City in GTA.