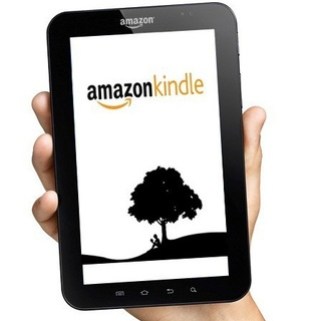 Amazon may well be expected to unleash their first Kindle Fire tablet this afternoon, but it seems they’ve already got a successor lined-up and waiting in the wings.

Gdgt have uncovered news that a next-gen, Kindle Fire 2 device will be released possibly as early as January 2012. To make matters worse, according to the site’s Ryan Block the Kindle Fire 2 “seems to be the device Amazon really believes in.”

It’s not just that Amazon are looking to capitalise on the lucrative Christmas rush, but it also appears that major delays have forced Amazon’s hand. The tablet expected to be revealed today should by all accounts have been released much earlier in the year, meaning the window between the first and second generation Amazon tablets will be annoyingly small for early adopters.

It’ll be interesting to see how much of a leap is made between the two devices, should both eventually see the light of day. Amazon certainly have set a precedent with the Kindle brand for delivering quick updates to their devices either way.

Today’s Amazon event kicks off at 3PM. Check back to Tech Digest then to see if we finally have a long-awaited Kindle tablet.