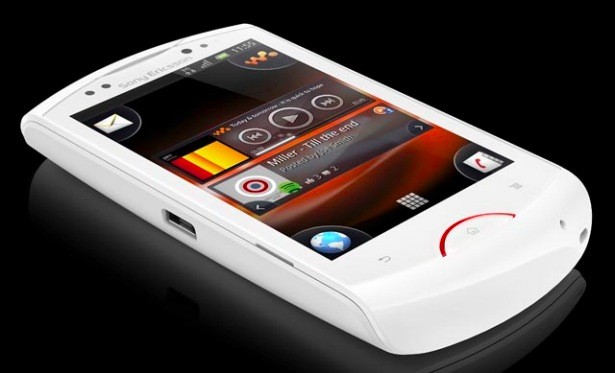 In a somewhat inevitable move, Sony’s brought back their Walkman range today in the guise of a music-focussed Android phone. The Sony Ericsson Live with Walkman is an Android 2.3 smartphone, packing Sony’s xLoud audio tech, a dedicated msuic player button and an “Infinite” button to quickly allow users jump to more content from their favourite artists, such as lyrics and music videos.

“Consumers want smartphones to deliver a rich and social entertainment experience. Rather than a one dimensional music experience, they want instant and seamless access to new content, combined with the ability to share and connect with their friends. The Sony Ericsson Live with Walkman provides exactly this, in a powerful package with great style,” said Nikolaus Scheurer, Head of Product Marketing, Sony Ericsson.

Down to the nitty-gritty of the specs, and you’re looking at a 1GHz processor powering a 3.2 inch 480×320 screen, a 5MP camera with 3D sweep panorama modes, 8x digital zoom, 720p video recording, aGPS, DLNA, Wi-Fi, 320MB of storage space and a microSD slot for storage expansion. Skype calls are made possible through a front-facing camera, while an FM radio makes a sesnible final addition to the music-orientated phone.

Sony Ericsson are also promising deep Facebook integration, with instant access from areas of the phone such as the gallery and phonebook.

A global launch is slated for some time in Q4 2011. No network or pricing info has been revealed yet.