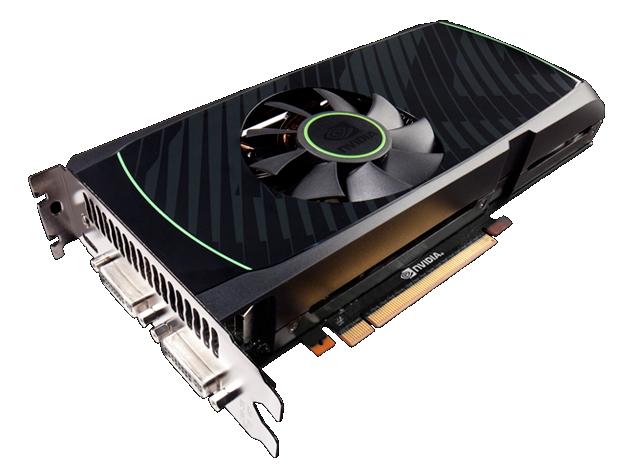 Nvidia’s Fermi GPU wagon continues to spout out top-notch cards at low prices, and perhaps none are more appealingly spec’ed and priced than the GTX 560 Ti. It tears into the sub £200 market by some margin if you shop around, but can it compete with the stellar cards AMD are touting at similar price points? Read on to find out.

The Nvidia GeForce GTX 560 Ti can be seen as a direct replacement to the GTX 460, with the “Ti” suffix denoting a premium build over the straight GTX 560 card. In the sub £200 RRP bracket it’s a direct competitor to AMD’s Radeon HD 6870. However, due to judicious overclocking headroom, you could even pit this one against the priceier Radeon HD 6950. Looking back at the legacy Nvidia GTX cards, it’s worth noting that though the GTX 470 is effectively made redundant by the GTX 560 Ti, the massive price drop on the GTX 460 as a result of this new card makes it well worth a look for those on a tight budget.

Though an incremental update with the GF114 GPU here when compared to the GF104 of its GTX 460 predecessor, low-leakage transistors and the addition of an extra Streaming Microprocessor add up to 384 CUDA cores and 64 texture units to play about with. That’s a lot more graphical horsepower to play about with, and though the heat-management systems aren’t quite as robust as seen in the GTX 580 and GTX 570, you’ll still be able to tweak the BIOS settings to overclock the 560 Ti relatively safely out of the box.

All this adds up to a card that’s on average as much as 28% more powerful than its GTX 460 predecessor. Crank up to whopping 2560×1600 resolutions on Direct X 11 gaming content and with the memory clock speed pushed to 2,390 MHz, we were seeing improvements over the last gen card of as much as 35%.

In fact, in terms of Direct X 11 the Nvidia card wins out across the board in comparison to the Radeon HD 6870, making it going forward the card of choice out of the two for those looking to play this generation’s most demanding games. If however you’re looking to put Direct X 10 gaming performance as the deciding factor, it’s a closer run race, with the AMD card coming out the victor.

The GTX 560 Ti is a superb card, make no mistakes. Its handling of Direct X 11 at all but the very highest resolutions make it a mid-range card to be reckoned with and with plenty of headroom for a fair bit of overclocking, you’ll be able to tweak the card into performing feats well beyond its price bracket. The real problem is that this price bracket is now a crowded one, with many rival cards offering equal-or-better performance rates straight out of the box. It’s horses for courses with Radeon’s similar cards vs the Nvidia set-up, and you won’t want to make a hasty decision when picking between the GTX 560 Ti and a Radeon HD 6870, particularly in terms of Direct X 10 performance. But with this model now selling for under £170, the bang-for-buck ratio is undeniable.