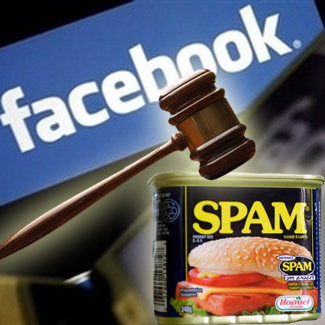 Sanford Wallace, the self proclaimed “King of Spam” is facing as much as forty years worth of jail time following his continued Facebook and email phishing scams.

Hitting over half a million Facebook users between 2008 and 2009, leading to 27 million spam messages, Wallace has now been indicted by a California court on three counts of intentional damage to a protected computer and two counts of criminal contempt.

Three seperate attacks were all it took to gain access to the half-million Facebook accounts Wallace used to send his phising messages around.

If Wallace is found guilty of all charges he also faces as much as $2 million worth of fines in addition to his incarceration. The charges are all the more severe considering Wallace has been found in violation of a court order banning him from Facebook in 2009. Wallace had been accessing the social network under the pseudoymn David Sinful-Saturdays Fredericks.

Wallace was also the brains behind the notorious CyberPromotions junk email ring that sent 30 million-odd emails in the late 1990’s.