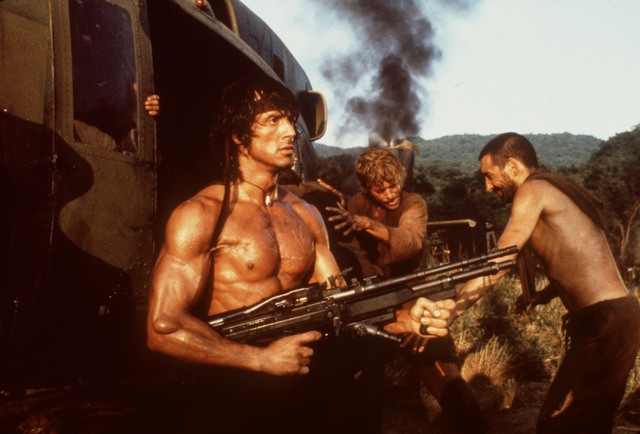 John Rambo, the one man killing machine from the testosterone fuelled 80’s heyday of action movies, is heading back to consoles in his first home videogame since 1989’s Rambo III.

Developed by Reef Entertainment and due out next year, the Sylvester Stallone-starring action game will be “a triple-A title on PS3, Xbox 360 and PC” that will “capture the gritty atmosphere and full-on action which made the Rambo movies so successful.”

The last Rambo game was an arcade light-gun shooter from SEGA in 2008 that kicked ass, if I do say so myself.

“I am a big fan of Sylvester Stallone movies, and when we had the opportunity to secure the video game rights from StudioCanal for the Rambo franchise, we had to grab it with both hands,” said Reef Entertainment CEO Peter Rezon to MCV.

“With the success of the most recent Rambo film, and an international appetite for action movies with Expendables 2 scheduled for release next summer, we felt now was a good time to do something special with this licence.”

To give you a taste of what to expect from a Rambo game, here’s a link to a video of every single time Stallone kills someone across the four Rambo movies.

Any idea how many people he kills? Here’s a clue; it’s a lot. Like, seriously, he spills an Olympic swimming pool’s worth of blood.