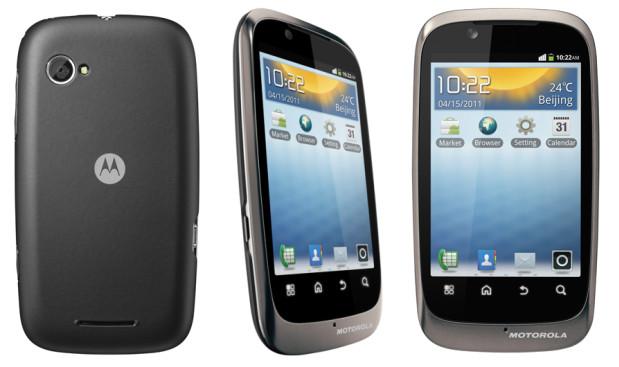 Motorola’s latest Fire/ Spice handset, the XT531, has been given a rough street date of Autumn 2011 for its European launch.

Very much a budget, entry level phone, it’ll let owners get in on the Android Gingerbread on the cheap.

An 800MHz processor sits under the hood, alongside 512MB of storage, in keeping with its entry-level credentials. With that said, it squeezes in plenty of connectivity options, including dual-band HSDPA, quad-band EDGE, an FM radio, Wi-Fi b/g/n, an E-compass, an ambient light sensor, accelerometer, proximity sensor, GPS and aGPS.

A 1540mAh battery will give 28 days worth of standby power, and 8 hours of talk time.

No pricing is availalbe yet, but we’d expect you wont have to save too zealously for this one.