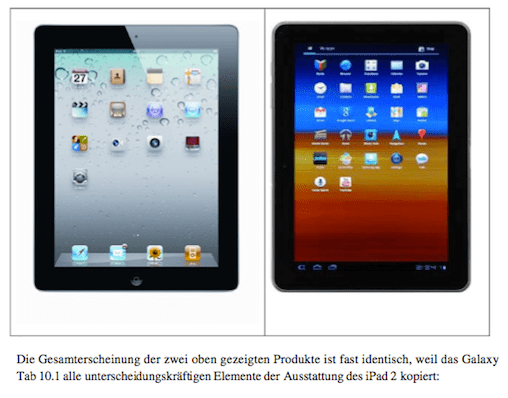 The main point of Apple’s claims against Samsung is that 80% of users surveyed cannot tell the difference between both brand’s tablets.

The above image was submitted alongside the case to illustrate Apple’s point, but a little detective work from Dutch site Webwereld.nl suggests a little Photoshop trickery has been used by Apple.

Take a look at the image below which highlight’s the Dutch team’s findings: 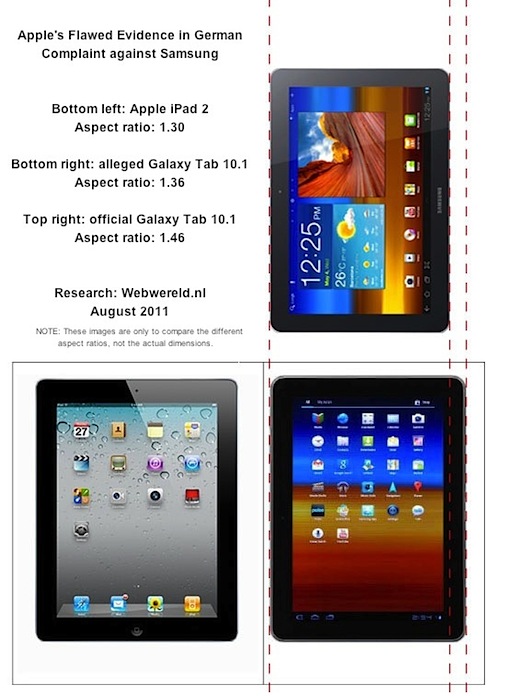 According to Webwereld, it seems as though Apple has cropped and distorted the image of the Galaxy Tab 10.1 to make it look closer to the iPad 2. Whereas a genuine Samsung Galaxy Tab 10.1 has an aspect ratio of 1.46, the one in Apple’s evidence looks to have a ratio of 1.36, much closer to the iPad 2’s own 1.30 ratio. An after effect of poor contrast settings or otherwise, the Samsung logo has also been removed.

Though it may be a simple mistake, it could undermine Apple’s entire case, particularly if the courts sniff out foul play.