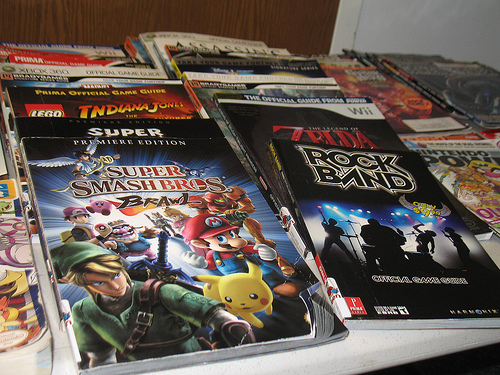 For some, the summer months are the best time to slap on the sunscreen, pull on a swimming costume and go bask in the rare British sunshine. For me, it’s an opportunity to catch up on the past 6 months’ worth (or longer) of video games that I haven’t had a chance to plough through before new AAA titles surge into shops in time for the Christmas rush.

I’d finished Arkham Asylum’s main campaign some time ago, but never managed to uncover all the of the Riddler’s hidden trophies and riddle answer locations. I simply didn’t have the time at back then, and as a some-time videogame reviewer it’s often my job to burn through the main campaign and sidestep these “completionist” elements. With that said, I’m personally quite the completionist myself, and when I get some spare time I like to go back and get on with unfinished business, like getting 100% in Arkham Asylum.

The fact remains however that I don’t have the time I did as a kid to go through and explore every part of Arkham Asylum with a fine tooth comb just to get these elusive rewards. It could potentially take me months that way, and I’d never experience other great games.

Where do you turn then? To strategy guides and websites like GameFaqs, who outline all the difficult details of how to get through every single aspect of a game. But isn’t that cheating? What separates using a game guide from punching in a cheat code to jump past all of a game’s difficult bits, or have all the rewards of spending time with a game handed to you on a plate?

Part of the answer comes from how we define what makes video games fun these days, and in some cases that’s an individual, game-by-game definition. A game like Heavy Rain is more or less an interactive movie, where the fun of the game is derived mainly from reaching the climax of the plot, which could be zipped through with a guide. A game like Guitar Hero is purely skill based and the rhythmic mechanics of the game are the only area where you can find any fun; a strategy guide may help you figure out where the unlockables are, but you’re still going to have to work hard to get them. Fallout 3 or Oblivion encourage exploration of their massive worlds, and uncovering every nook and cranny’s secrets is where the pleasure lies; a strategy guide could direct you to cool places, but the effect wont be the same as uncovering the secrets found there on your own.

Other times secrets are so obscure that it’s almost as if they’re put there just to sell strategy guides. Does anyone remember how difficult it was to get the Knights of the Round summon in Final Fantasy VII? There’s no way I’d have got that without a sneak peek at a guide.

In some respects it’s the move away from high-score chasing that we used to do in arcade titles like Pac Man and the move towards the sense of progression that a story-led game like Mass Effect uses that has encouraged this focus on experiencing the “end game” moments of a title. I’d hate to have thought I’d never have made it all the way to Red Dead Redemption’s superb ending, for instance. On the other hand, you’d have had to have burned through some serious pocket money to have seen the final “kill screen” in an arcade cabinet like Donkey Kong, and it wasn’t exactly going to round up any life-affirming plot for you by doing so.

But even score based games like Donkey Kong and Pac Man have a clearly defined superior strategy that will see you go further than other players. Looking at a strategy guide for these games would still require an insane amount of skill to master them; does the knowledge of how best to beat a game have to come from trial and error in order for it not to be classified as cheating, which may be maddeningly frustrating, even if you have to apply it in conjunction with ridiculous amounts of skill and dexterity?

As you can see, it’s a fairly complex question. So I pass the baton over to you, the Tech Digest readership. Leave your moral mark in the poll below, and fire away in the comments section and on our Facebook page with your thoughts.