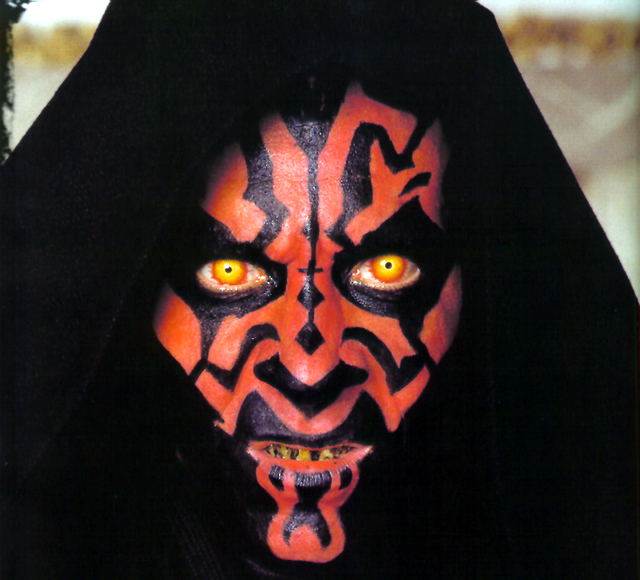 If you’re a Star Wars fan, you’ll already know not to underestimate the power of the Dark Side, and it looks as though George Lucas and Lucasarts are once again dabbling with the evil side of the force. Star Wars Episode One: The Phantom Menace (AKA the weakest Star Wars film by a long shot) is getting re-released in 3D on February 12th 2012.

Only more screen time for Darth Maul could have saved the day, but no; he gets two lines, then gets chopped in half uncerimoniously. I could rant all day on this one.

So the worst Star Wars film ever is hitting cinemas again, in one of those god-awful 3D conversions, which will cost you double to see becuase of the premium put on 3D cinema tickets. Bleurghh. And all this just a few months after the hardcore fans have dished out on the long-awaited Blu-ray boxset just before Christmas 2011.

Lucas and co. will re-release one Star Wars film in 3D every year from then on in. So in other words you’ve got at least 3 years before anything really great makes it to 3D. That’s if you can stomach the conversion techniques of course.