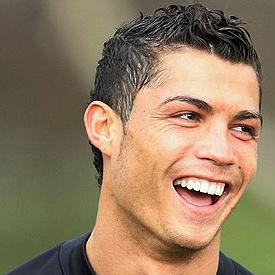 Christiano Ronaldo has been crowned the most effective social networker in sport, according to Facebook’s Head of International Business Development Christian Hernandez.

Speaking at the third annual Global Sports Forum in Barcelona today, Hernandez praised the way the Real Madrid star handled intrusions into his personal life through Twitter and Facebook, but also let fans on more intimate aspects of his life off the pitch too.

“Cristiano Ronaldo is the best athlete at self-marketing on social networks” said Hernandez. “Everyone remembers the shock created by him publishing the first photo of his child on Facebook. Real Madrid, Barcelona and Manchester United are by far the best clubs at using social networking. Their fans are responding very well.

“In contrast, I know there is some tension between Premier League players, clubs and the FA. Players would like to be free to express themselves but recent stories have shown that they can’t be.”

Hernandez crticisised stars who use a third-party ghost-writer to interact with their fans, isolating Manchester United striker Wayne Rooney in the process.

“Those who use Facebook poorly are those athletes who do not manage their presence themselves – it’s as simple as that. For example, Wayne Rooney – it’s just not what you would want to hear as a fan,” said the Facebook executive.

Sure it’s annoying, but I’m not sure I’d really want to know what goes in on the often-seedy mind of Wayne Rooney himself. I’d prefer the censored posts of a publicist than ramblings about ageing call girls any day!

One thought on “Ronaldo is sport's most effective social networker, says Facebook exec”