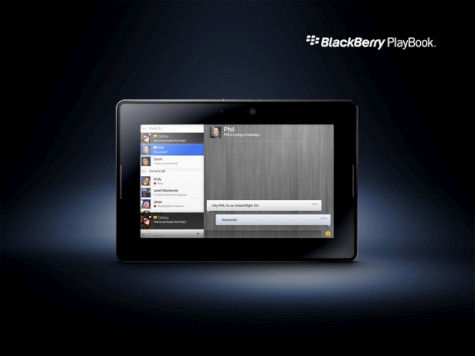 A leaked RIM document has revealed that the company’s forthcoming iPad rival, the BlackBerry PlayBook will ship without native app support for email, contacts and messaging. Instead, users will have to pair the tablet with a BlackBerry smartphone via Bluetooth to access the data, or view it through a web browser.

Here’s the revealing passage from the document:

Q: Will apps such as email, contacts, calendar etc. be available natively on BlackBerry PlayBook?

It’s good to hear RIM already have an update planned to add the missing functionality, but it’s already giving the PlayBook an Achilles Heel for the loyal Apple fans to point their arrows at before the tablet has even launched.