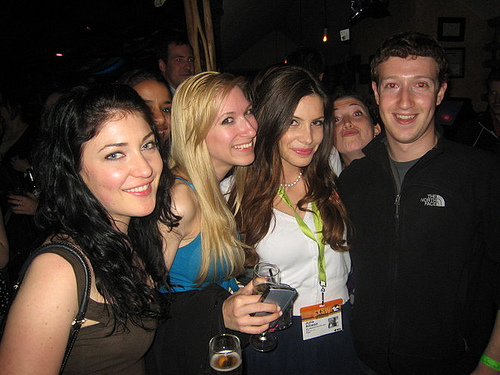 Mark Zuckerberg, the billionaire founder of Facebook, has spoken out for the first time against his portrayal in The Social Network, the David Fincher-directed biopic surrounding the website’s formative years.

Speaking at the Stanford University in California, Zuckerberg dismissed the movie’s implied motivations for his founding of the network. He claimed that the desire to get into Ivy League Institutions was far less than that of the act of creating the site itself, while the suggestion that he was also motivated by social climbing and women was rejected.

In the movie, Zuckerberg is dumped by a character called Erica Albright, which drives him to build Facebook. Zuckerberg has denied that any such person ever existed, stating that he would have been with his long-term partner Priscilla Chan during this time.

“The whole framing of the movie is I’m with this girl (who doesn’t exist in real life) … who dumps me … which has happened in real life, a lot,” said Zuckerberb, raising a few laughs from the crowd. “And basically the framing is that the whole reason for making Facebook is because I wanted to get girls, or wanted to get into clubs.

“They [Fincher and co.] just can’t wrap their head around the idea that someone might build something because they like building things,” he added.

However, a book titled The Facebook Effect too has previosuly stated that Zuckerberg may have been motivated by a relationship with a Berkely undergraduate, and that Zuckerberg’s denial is a “documented falsehood”, according to Gawker.

Zuckerberg did praise one element of the film however; the wardrobe department. “It’s interesting the stuff that they focused on getting right – like every single shirt and fleece they had in that movie is actually a shirt or fleece that I own,” he said.