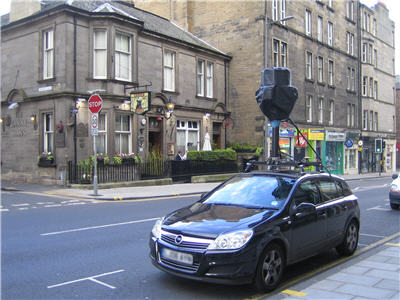 Google, who are bringing their Street View mapping service to 20 German cities later this year, have announced that less than 3% of German residents have opted out of having their home displayed on the web app.

Since announcing the plans back in April 2009, each of the 8,458,084 German households in question were giving the option to opt out of being featured on Street View. According to Google, only 244,237 (2.89%) of those households have requested they be removed from the service.

This is despite widespread protestations after it was revealed that Google’s Street View camera cars were collecting Wi-Fi data as well as imagery.

Still, those concerned about their privacy being invaded may still have a few hurdles to jump before they are gauranteed web anonymity. Though people can still continue to opt out of the service post launch, some requests will not be fulfilled.

“With these kind of processes it cannot be guaranteed that every request made will be fully dealt with. In some cases for example the addresses could not be clearly assigned because the specifications were not legible or the descriptions of buildings were not precise enough,” reads a Google statement.