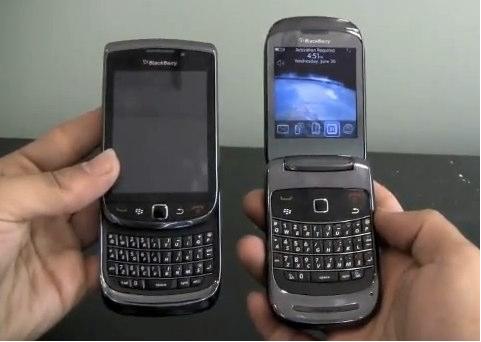 A wealth of BlackBerry leaks have just popped up over at mobile spy specialists Salomondrin, who have managed to get video demos of three new handsets; the BlackBerry 9670 Clamshell, BlackBerry 9800 slider and BlackBerry 9300.

What does it reveal? Well the 9800 is running version 6.0 of the BlackBerry OS in a near-final build, the 9670’s clamshell design doesn’t look as dumb as we first thought (with the prototype on show here sporting a 3.2 megapixel camera whereas the retail version is expected to be a 5MP number), whilst the 9300 seems to be just a BlackBerry 8520 with 3G functionality thrown in.

Check out the vids below for more details.