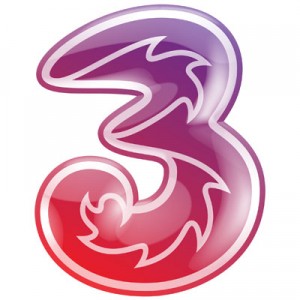 Mobile networks have come under increased pressure to make good on their advertised “unlimited” tariff plans for some time now. There always seems to be a cap and a clause somewhere to spoil the fun, to the point where O2 recently scrapped unlimited data deals altogether. Aiming to show that transparency in their deals can also be matched with really competitive pricing plans, the Three network have today launched “The One” SIM only tariff. And it’s looking very, very tempting.

For £25 a month over a period of 12 months you bag 2,000 any network minutes, 5,000 Three-to-Three minutes, 1 GB of internet usage and 5,000 texts. No use of the word unlimited in sight, but at that price point there’s no denying that that is a generous deal.

The One tariff can also be bundled with handsets too. For instance you’ll get all of the above plus an iPhone 4 for £40 a month, £35 a month for a HTC Desire and £34 for a HTC Hero. In case it passed you by, the iPhone 4 deal means that this also includes MicroSIM cards.

It’s the latest step in a massive marketing push for the network, who believe they have made substantial improvements to their network coverage over the past 18 months.

“We’re going to the heart of the contract market,” said CEO Kevin Russell. “It’s important for us to go hard, and go hard now. We’re going head to head with the big boys.”

Cant really argue with that statement with deals like this one really, can you?