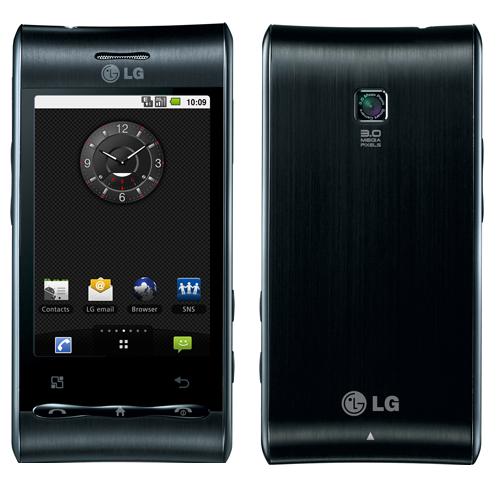 LG have today announced the launch of the LG Optimus handset. Otherwise known as the GT540, this Android 1.6 smartphone has been apparently developed to be as simple to use as possible.

“LG Optimus is the ideal choice for early smartphone users who expect all the features of smartphones without the complexity,” said Dr. Skott Ahn, President and CEO of LG Electronics Mobile Communications Company. “This is a device that was designed for regular people who want to jump into the smartphone experience but have been hesitant to do so because of the learning curve. By making LG Optimus more approachable, we hope more people will give smartphones a try.”

So what’s so simple to use about this Android phone? How about automatically-syncing Google accounts, meaning no fiddling about to get straight into all your YouTube, Gmail, Gtalk and Google Maps content, not to mention the thousands of third-party apps available on the Android Marketplace.

Of course social networking makes an appearance, and again LG hopes to have made it as welcoming as possible for newbies. There’s a proprietary Facebook, Twitter and Bebo client (I know, do people even use Bebo anymore? .Ed), which automatically updates all the feeds on your homescreen.

File-loading is simplified too. DivX and XviD files will play straight off the bat with a drag-and-drop interface without the need for confusing re-encoding to be done.

All looking good, but will the Optimus end up compromising on features in order to push this usability? We’ll find out on May 1st, when this one hits as-yet unconfirmed stores.

One thought on “LG launch the Optimus GT540 handset”