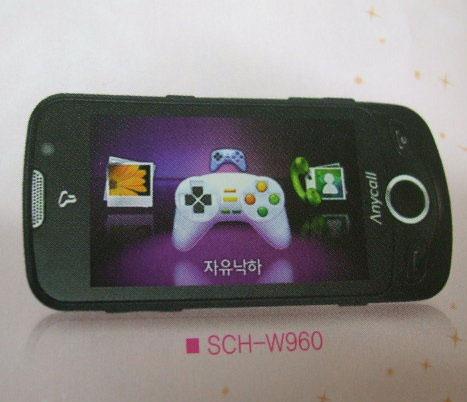 Still getting your head around having a 3D TV in your living room? Well how does a mobile phone with a 3D display sitting in your pocket sound? If a rumour over at Samsung Hub is to be believed, it may not be just a pipe dream. Could the Samsung SCH-W960 be bringing the 3rd dimension to smartphone screens?

According to Samsung Hub, the phone will feature an AMOLED screen compatible with stereoscopic images, allowing the user to eventually watch 3D TV channels once they launch, as well as converting 2D content to 3D.

Ok, so the screenshot they’ve managed to nab isn’t exactly flashing this purported new technology, but the spec sheet is admirable with or without a 3D screen. It’s apparently packing a 3.3 inch WVGA screen, a 3MP camera with xenon flash as well as dual TV tuners for catching the goggle-box on the go.

Though it’s not official at this time, Samsung’s 3D phone could be revealed as early as the 23rd of this month during Samsung’s Unpacked showcase the the CTIA Wireless event.

We’ll keep you posted if this one proves to be real.