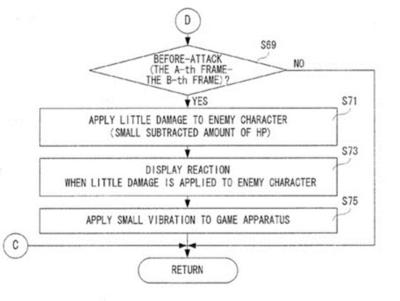 Nintendo has filed a patent for a new force feedback system which has sparked speculation that the next DS handheld console will have rumble features.

The patent, which is an add-on to one previously filed in 2005, seemingly shows the new design to deliver a vibration to the gamer through the DS stylus.

“Conversely, in a case that the enemy character exists at a front of the game screen, much damage is applied to the character, and a strong vibration is applied to the game apparatus. In either case, the vibrations are transmitted to the fingers or hands of the payer via the stick,” it concludes.

You can read the whole patent in full here.

So, rumble in your next Nintendo handheld, eh? I lose enough of the styluses as it is without them shaking out of my hand all the time, but what do you lot think? Let us know.

One thought on “Force feedback and rumble heading to the next DS?”